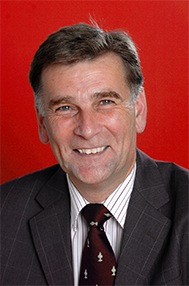 Dr Hazel is a Director of the George Hazel Consultancy.  The company specialises in providing transport advice, concepts and solutions at the local and strategic level to the public and private sectors.  The George Hazel Consultancy, based in Edinburgh, specializes in Mobility as a Service (MaaS), Connected and Autonomous Vehicles and future mobility solutions, strategic and policy advice for cities, the future impact and delivery of smart mobility, demand management, sustainable development and regeneration projects, facilitation services, sustainable/smart communities design and innovative funding and delivery mechanisms, specifically Land Value Capture (LVC). Over the past 10 years he has specialized in three areas – implementing LVC to fund transport and development projects, advising on Mobility as a Service (MaaS) and developing Connected and Autonomous Vehicle (CAV) applications. He has pioneered these areas in Scotland, the UK and internationally. He is recognized as a world expert on MaaS and he has developed a unique method to capture added value generated from transportation services through LVC. He is implementing this method through E-Rail Ltd in projects in the UK and Canada. He has spoken at many conferences around the world and has produced 2 reports on LVC methods for Metrolinx and the National Bank of Canada. He is also recognized as a world expert in MaaS and is linked with all the major MaaS networks around the world. He was the Smart Mobility Network Integrator for Scottish Enterprise, the economic agency of the Scottish Government, building a Scottish MaaS Alliance of companies, public agencies and universities detailing MaaS capabilities and linking to other MaaS networks and public agencies and funders. In 2017/18 he was appointed Programme Manager for MaaS Scotland, a network of over 70 companies and public agencies delivering MaaS projects in Scotland. He has spoken at many conferences on MaaS and is working with all the major players in MaaS around the world. He is also working on connected car projects (CAV) and EV and hydrogen fueled freight vehicles.

In 2019 Dr Hazel was appointed as a Board Member for Transport for Edinburgh, the agency that co-ordinates Lothian Buses, Edinburgh Trams and the bike hire scheme. Dr Hazel was Chair of the Connectivity Commission for SCDI. He was a member of the Government’s Lorry Road User Charging advisory group, chair of the Urban Design Alliance (UDAL) and an advisor to the Commission for Integrated Transport. He was a member of the UK Secretary of State for Transport’s Steering Group for National Road User Charging, chair of the World Roads Congress C10 Committee, researching urban areas and transport, chair of the Scottish Public Policy Unit’s Transport Commission and Chair of Transport 2000’s Forum on Revitalising Communities on Main Roads. In January 2005 he was awarded the OBE for services to transport. He is an expert on towns and city regions and has written a book on Making Cities Work, published by Wiley.

From 1999 to 2001 he was Professor of Transport Policy at the Centre for Transport Policy where he looked after the consultancy business. From 1996 to 1999 he was Director of City Development for the City of Edinburgh Council responsible for planning, economic development, transportation and property. The Department had a staff of 1200. From 1993 to 1996 he was Director of Transportation for Lothian Regional Council, again with a staff of 1200, including a roads maintenance DLO. During these two periods Dr Hazel worked with Professor David Begg who was Chair of Transport for the Council. Together they introduced many interesting new sustainable initiatives including Greenways bus priority, the first car-free development in the UK, the first community car club in the UK and the reallocation of space back to people in areas like the Royal Mile in Edinburgh Old Town.

From 1989 to 1993 he was a main board Director with Transportation Planning Associates where he was responsible for Scotland. Under his direction the business grew from an almost zero base to one of the largest in Scotland with a fee income of around £1 million per annum.  From 1979 to 1989, he was with Napier University as a transport specialist. Under his guidance the Department of Civil Engineering became the largest centre of transport research expertise in Scotland and one of the most important in the UK. In 1986 he was made Head of Department and in 1987 became the first Professor of Transportation in Scotland.  His initial training, following graduation, was in Local Government where he worked from 1971 to 1979.

Over the years Dr Hazel has published and presented papers at a large number of conferences and seminars around the world.